Thrill team events have developed a new event where your team becomes journalists and reporters searching for news worthy stories in Sydney, Brisbane of Melbourne. Actors will be intercepted by your delegates whilst performing on the streets, their story and version of events.

Your team get to watch their incredible actual live street improvisation performances, then interview the actors individually. Three performances performed in 1 hour where your staff search out the locations of where the news breaks 1st. 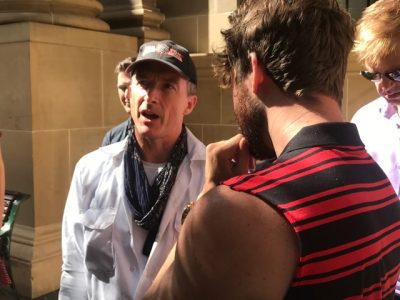 Delegates receive a tip off from an insider revealing the locations and timings of the performances.

You race to the action in taxis, uber riding bikes or on foot. Grab your smart phones, recorders and cameras to capture the action as it unfolds.

Each location act reveals more of the scandal, story and intrigue. Based on plausible true story lines.

Thrill hypothetically manufactures, researches real stories and custom builds content to suit each clients scenario. From breaking out of conferences to special staff, media training events or creating a vast interest to large groups. Where the final story and media captured is shared or goes viral.

Once the three acts have been witnessed and your team has interviewed each of the actors its time to write and publish the story! 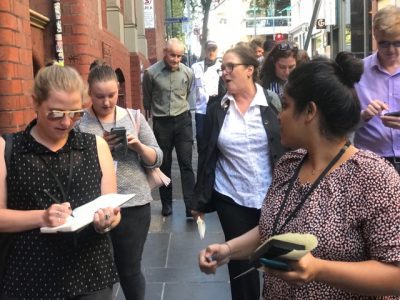 Prizes will be given to;

Our investigative team will create the story line, rehearse the actors and select the best locations for which your scenario is carried out. Contact Thrill events coordinator Konrad Lippmann to develop your Media training – Capturing Headline Scandal Breaking the News story for team building, training and developing your staff to write intriguing scandulous content! Its time to create your own story. Call 02 9630 2222