More than just excellent fun for Vodafone IT teams. Accommodated at The Terrigal Crowne Plaza next to Terrigal beach on The Central Coast. The client brief was to;

Easily said! Now it was time to execute the plan.

Music artist tracks included ‘Fame’ by Naturi Naughton, ‘Stronger’ by Kanye West, ‘Uptown Funk’ by Mark Ronson featuring Bruno Mars and the wild fun finale ‘Let me Entertain You’ by Robbie Williams. Provided an rhythmic back-beat that could be learnt by the 3 groups. The mashed selection included dance styles that everyone could participate in on the Spot or Roaming.

With initial surprise from the Flash Mob performance, the IT team recovered. Their enthusiasm was brilliant! Bringing on their own special style and moves to the dance choreography.

“The engagement, learning and sheer enthusiasm by the dance leaders was so contagious that all the Vodafone staff got uptown and gave it some funk!”

“We were not only Thrilled, but absolutely delighted with the Flash Mob Performance in the lobby of the Crowne Plaza”.

“The Flash Mobbing of the public and guests as a special surprise made the impact of the team building activity so much more rewarding. Videoing the flash mob performance and reviewing the clips of the dance was delightful”.

“We were able to share the media with friends and colleagues”. 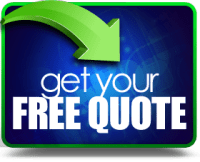 For over 5 years Thrill has been developing Flash Mobs to engage audiences and groups of all abilities and dance skills. Interactive entertainment or performance based Flashes are designed to meet your crietria. Please call Thrill team events for fun and exceptional Flash Mobs Australia wide 02 9630 2222.

OK Google resources can steer you in the right direction for the best team building activities. But only Thrill team events staff can produce a Flash Mob Spectacular that gets 100+ staff activated and dancing to a common cause. Teaming up with artists, dancers, choreographers, music systems, videography, mc’s and hosts. Bringing in a production team that can turn around a Flash Mob from instruction to impeccable delivery in under 3 hours.

If you are conferencing in The Hunter Valley or Central Coast Crowne Plaza and are looking for amazing corporate events Flash Mobs in Sydney and Melbourne as well. Take a peek at the people who will thrill your team.